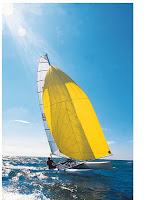 Swede and I cruised back down to Galveston this past weekend. Mistress Allison invited us to stay at a friend's beach house and join a non-stop party in progress.

This was just what the doctor ordered. Stress levels have been pretty high of late, and we were both feeling the ill effects. Still searching for a job after six+ weeks of unemployment. Swede is carrying the financial burden in the house right now, and I feel like a lazy waste of flesh.

Job market has been pretty scarce with the jobs. Banks aren't hiring, or I can't pass their personality tests with the answers I give (that's another post). We went, drank way too much, and passed out on Saturday. Couldn't have asked for anything more. There were several hours there where I completely lost track of myself and all events that occured. Thankfully, I wasn't too much of an embarrasing fool. At my most inebriated, I kept asking people where my keys were. I was afraid I dropped them in the Gulf of Mexico somewhere. I was pretty ashamed of that behavior, but apparently it is low on the "worse things have happened when drunk" scale.

Sunday was much better. Swede and I weren't as hungover as we thought. Slept until 8am, ate some monster breakfast tacos, and then hit the beach. I have to say that the weather was almost cooperating. Never have I seen the Gulf so flat. No wave activity at all. It was uncanny. We spent most of the morning on a sandbar about 100 yards off the beach drinking beer in a cooler on a surfboard. There was a 10mph breeze from the north, so a bunch of the other beach bums at the party took their catamarans out.

Mistress Allison's man made the decision to go out as well and we proceeded to spend a couple hours on his 20' cat. I've been bit by the bug now. I have never been on a catamaran before, and fell in love with it. Very simple and inexpensive boat to operate I was told. Very fast, too. With four of us on the trampoline, that 20' cat was hitting at least 15 knots with the wind. Josh even had a spinnaker for when we jibed and headed back towards the beach. Even though we didn't do any hull-flying, we were able to watch as others around us got one hull out of the water and zipped on past.

Swede's family has always been a boating one. She won't let me by a Cessna when I win the lottery, so this is as close to flying as I can get. Besides that, sailing is a great opportunity to do something together. Once things turn around for us and I am back on my feet, I plan on putting money away for a new catamaran for the family.

Mindless Drivel By shooter At 16:07

Looks like fun. I've watched em do it at south Padre and it looked pretty challenging.